Researchers at Cornell University have conducted a new study and concluded that the biggest regret people in the U.S. have tends to be not having pursued their dreams.  The researchers did not compare this to people who have pursued their dreams and failed, so we really don’t know which is worse for well-being: taking the risk of pursing your dreams and bombing out or not pursing your dreams at all.

-Our most enduring regrets are the ones that stem from our failure to live up to our ideal selves. Examples include: Forsaken dreams. Romantic interests not pursued. Securing a job near home rather than an adventurous position overseas.

The researchers began with the premise that there are three elements that make up a person’s sense of self: the actual, ideal and the ought selves. The actual self is made up of the attributes a person believes they possess. The ideal self is the attributes they would ideally like to possess, such as hopes, goals, aspirations or wishes. The ought self is the person they feel they should have been based on duties, obligations and responsibilities.

-Study participants said they experienced regrets about their ideal self far more often than other regrets (72 percent versus 28 percent).

-More than half of the participants mentioned more ideal-self regrets than ought-self regrets when asked to list their regrets in life so far.

-When asked to name their single biggest regret in life, 76 percent of participants mentioned a regret about not fulfilling their ideal self.

Second, people often fail to achieve their ideal goals because they’re worried about how it will look to others…Again, just do it.”

Don’t worry about how pursing your dreams will look to others?  Apparently Dr. Gilovich doesn’t spend much time on social media.  It’s good advice, but maybe not so practical for people in the mainstream.  If he spent more time observing real world reactions he would know there is a price to be paid on both ends of the spectrum:  failing to pursue one’s goals and pursing one’s goals and failing.

7 Reasons You Should Give Up Chasing Your Dreams 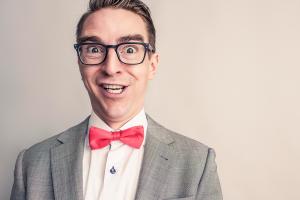